Fall Army worms can show up in your lawn at anytime depending on your location. For most army worms show up the summer months and hang around eating your lawn until the cold hits.  In this video Doc shows you how to identify armyworms and how to kill them.

The army worm killing product he likes best is…

Plus TONS of other bugs.

The Dylox granules are the same chemical found in the grub killer. If you apply them, then water them in around 5 pm, you’ll see TONS of armyworms dying within 3-6 hours. The next morning might freak you out a bit. But this product REALLY works well.

Permethin SFR is a very safe insecticide when used as shown on label.  Safe around kids and pets both indoors and outdoors.  It has a 30 day residual outdoor life and 90 day indoor life.  It’s also fairly affordable at roughly $30 per 32 ounces of concentrate.  Read the label… but it’s ROUGHLY one ounce per 1000 sq ft.

Put down the granules for a little LONGER protection as well. 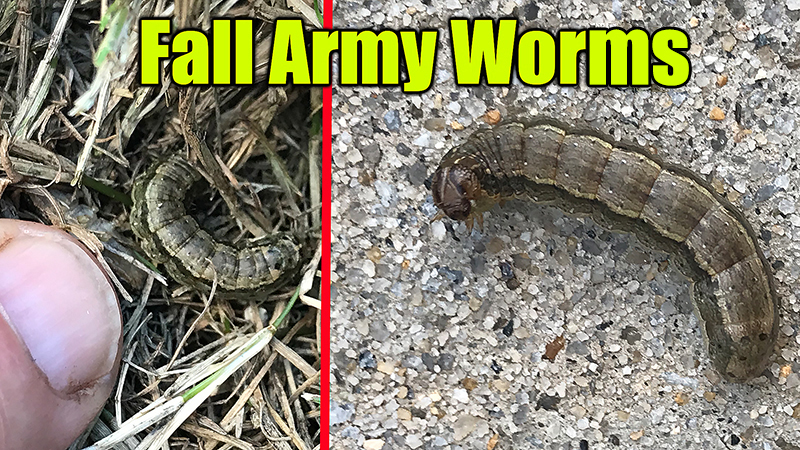 Armyworm moths can be seen all day long but they become active early to late evening.  This is a MALE armyworm moth and the female looks white to dull gray.  If you see a lot of these moths in your lawn you probably need to treat for armyworms. 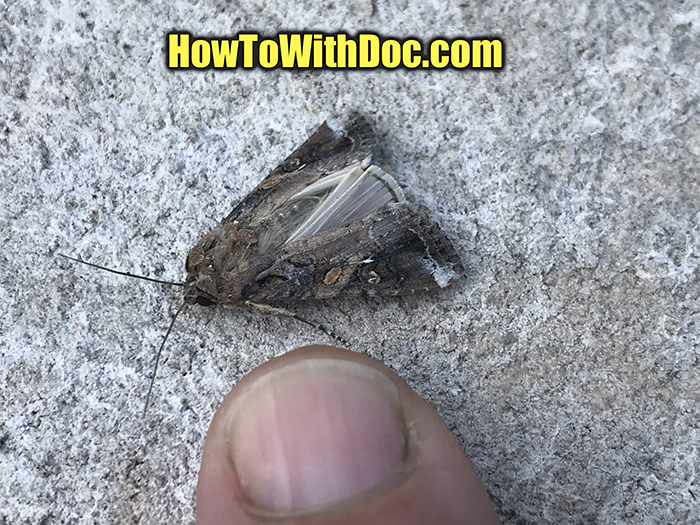 The fall armyworm (Spodoptera frugiperda) is a species in the order of Lepidoptera and is the larval life stage of a fall armyworm moth. The term “armyworm” can refer to several species, often describing the large-scale invasive behavior of the species’ larval stage. It is regarded as a pest and can damage and destroy a wide variety of crops, which causes large economic damage. Its scientific name derives from frugiperda, which is Latin for lost fruit, named because of the species’ ability to destroy crops. Because of its propensity for destruction, the fall armyworm’s habits and possibilities for crop protection have been studied in depth. It is also a notable case for studying sympatric speciation, as it appears to be diverging into two species currently.  Another remarkable trait of the larva is that they practice cannibalism.

The fall armyworm is active at a different time of year than the true armyworm, another species in the order Lepidoptera and family Noctuidae, but of the genus Mythimna. Outbreaks of the true armyworm usually occur during the early part of the summer; the fall armyworm does most damage in the late summer in the southern part of the United States, and early fall in the northern regions