Doc shows you his tips on how to kill moss in your lawn. Unfortunately this is usually an annual treatment that needs to be done as moss will continue to come back.  After killing it, rake out as much as you can.

Hot to kill moss in lawns. The product below is a great price point for a hose end spray. 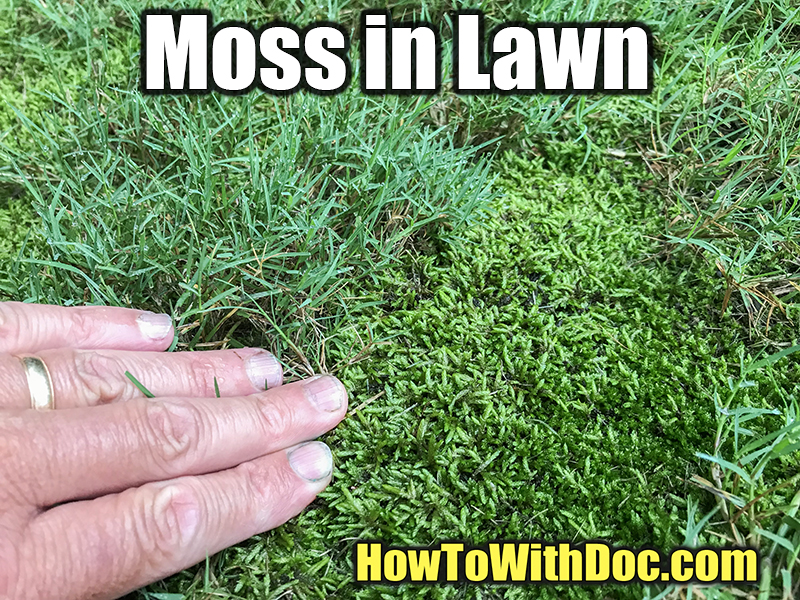 Mosses are small plants that typically grow in dense green clumps , often in damp or shady locations. The individual plants are usually composed of simple leaves that are generally only one cell thick, attached to a stem that may be branched or unbranched and has only a limited role in conducting water and nutrients. Although some species have conducting tissues, these are generally poorly developed and structurally different from similar tissue found in vascular plants. Mosses do not have seeds and after fertilisation develop sporophytes with unbranched stalks topped with single capsules containing spores. They are typically 0.2–10 cm (0.1–3.9 in) tall, though some species are much larger. Dawsonia, the tallest moss in the world, can grow to 50 cm (20 in) in height.

Mosses are commonly confused with lichens, hornworts, and liverworts. Lichens may superficially look like mosses, and have common names that include the word “moss” but are not related to mosses. Mosses used to be grouped together with the hornworts and liverworts as “non-vascular” plants in the former division “bryophytes”, all of them having the haploid gametophyte generation as the dominant phase of the life cycle. This contrasts with the pattern in all vascular plants (seed plants and pteridophytes), where the diploid sporophyte generation is dominant.

Mosses are now classified on their own as the division Bryophyta. There are approximately 12,000 species.

The main commercial significance of mosses is as the main constituent of peat (mostly the genus Sphagnum), although they are also used for decorative purposes, such as in gardens and in the florist trade. Traditional uses of mosses included as insulation and for the ability to absorb liquids up to 20 times their weight.